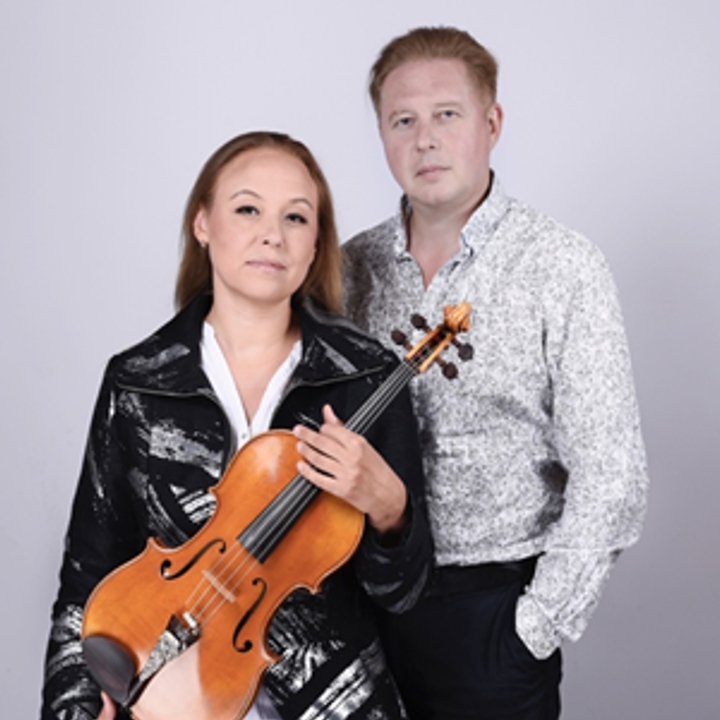 Mariana Vozovik, 45 years, is a musician, concert performer original of Moscow, graduates in Germany under the guide of the professor Kim Kashkashian and Jurgen Kussmaul. After the frequency in 2003 of the Academy of the Orchestra of the Staatskapell Unter den Linden in Berlin under the principal direction of Daniel Barenboim, she played in numerous famous orchestras, like the Philharmonic of Berlin and as the first solo violin with the Gewandhaus Orchestra of Lipsia and Radio Symphony Orchestra of Vienna.
Viktor Nebrat, 53 years, formed himself like professional artist n the school of Kiev and then at the Moscow State Circus. After various international experiences, he has founded with Mariana the Viola Duo in tribute to the instrument that accompanied live their acrobatics exhibitions and, like in the case of the Salieri Circus, an original balance of bows.